The Importance of Toner Cartridges And Toner 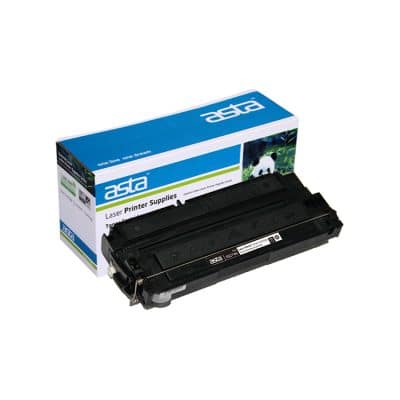 The importance of toner cartridges and toner Before talking about toner cartridges, it is necessary to briefly understand the relationship between toner cartridges and laser printers. Let us first look at the working principle of laser printers! Taking the working principle of the black-and-white laser printer as an example, when the computer sends data to the printer through the cable, the printer first temporarily stores the received data in the cache, and then receives a complete piece of data before sending it to the printer's processor for processing. The data is processed into a set of signals similar to a data table that can drive the motion of the print engine. For laser printers, these sets of signals are a set of pulse signals that drive the laser head to operate. Well, the laser printer started working. In fact, its core technology is electronic imaging technology, which combines the principles of imaging and electronics to generate images. The core component is a toner cartridge that can be photosensitive. The laser light emitted by the laser emitter is irradiated on a prismatic mirror. As the mirror rotates, the light is swept from one end of the drum to the other end (passing through various focusing lenses to scan the surface of the drum) The dots are very small. The toner cartridge rotates in steps of 1/300 inch or 1/600 inch, and the scan is performed on the next line. In fact, the toner cartridge is a cylinder coated with an organic material on its surface, which is pre-charged, and when it is irradiated with light, a resistance reaction occurs in the irradiated portion.

The data signal sent by the computer controls the emission of the laser and scans the light on the surface of the cartridge.

The toner cartridge industry will exceed 10 billion US dollars