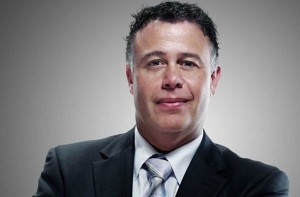 Written by Joshua Allsopp and published by opi.net

HP Inc’s full-year results put to rest any talk of a failing printer and PC market.

For the 12 months ended 31 October, sales rose 9% in constant currency to $52.1 billion, while adjusted profit rose 1% to $2.8 billion, seemingly  defying a downward trend seen across the rest of the industry.

Sales at the Personal Systems arm grew 11% to $33.3 billion, while the Printing segment reported $18.8 billion, compared to $18.3 billion last year. The final quarter ended in sales of $3.9 billion, up 11%, beating analyst estimates.

“This is still a $333 billion market,” assured HP Inc CEO Dion Weisler  (pictured)—referring to PCs—as he addressed analysts on the earnings call.

“One in five machines have an HP logo on it, meaning four of five don't, and that is an opportunity for us,” he said.

Weisler also confirmed that the company had achieved all the targets set out following its split two years ago.

Weisler added that HP had high hopes for its flagship 3D printing business.

Office Printing Trends Revealed On By the Numbers